Cen from our amazing design team went to see Big Bang Data at Somerset House. Here’s what she thought of it:

Big Bang Data is an exciting title. The advertising promised a major exhibition showcasing the data explosion of the 21st century and how it is transforming our lives. I couldn’t wait!

It’s easy to forget, but we are all producing masses of data on a daily basis. There’s the obvious stuff, such as using social media. However, there is passive activity as well. For example, being tracked via our card payments, travel and CCTV.

The exhibition is fascinating. It reminds us how data can be accessed and used in myriad ways. Even the “cloud” is visualised by showing images of massive installations where our data is actually stored by the companies we trust with it. 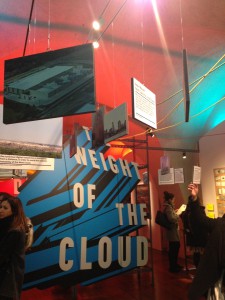 We looked back into the history of data with a world map of submarine communication cables. This showed us how the world has become more connected over the years. We are also shown examples of cables from Telefonica dating all the way back to 1896. The modern Internet was created in the 1970s, but complex communications networks have existed for a long time. 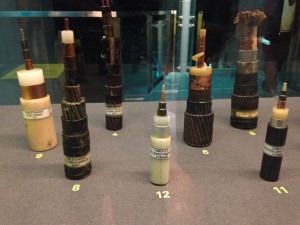 Further insights into our data universe included a history of storage – including punch cards, floppy disks, CDs and more.

One of the most interesting features was the Black Shoals: Dark Matter exhibit. A planetarium with thousands of stars, each represented by a company. Fed by live information from the world’s stock markets, the stars move and link up with each other. This provides a visual spectacle, reinterpreting how connected the financial market is.

However, the piece that I was enraptured by was Stranger Visions. A deeply unsettling sequence of sculptured human faces. Nothing strange about the faces themselves. They were all regular people. But they’d been crafted from DNA that the artist Heather Dewey-Hagborg collected from cigarette butts and chewing gum found in public places. Using computer software, she linked the genetic series with natural human traits to create 3D models of the people’s faces that discarded these objects. Incredibly clever. But also very creepy. 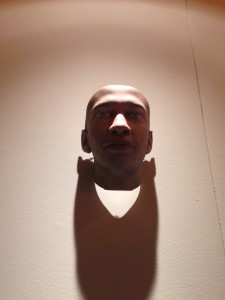 The idea of the exhibition is brilliant, from a design perspective. However, I don’t feel it pushed the boundaries as far as it could. There’s always a balance to be found between design and information. But this is such a great topic I thought it was a shame the ideas didn’t go further. You should still visit this exhibition though. It’s definitely worth seeing as it’s thought-provoking and challenges perceptions.