It’s International Women’s Day and it’s exciting to see the celebration unfold! From The Scotsman becoming a woman for the day to Amnesty International explaining to us why and when the day was established. The legendary Woman’s Hour on BBC Radio 4 was equally brilliant. It didn’t do anything, because people should be celebrated every day.

In honour of International Women’s Day, the team have shared some thoughts on women that inspire and motivate them: 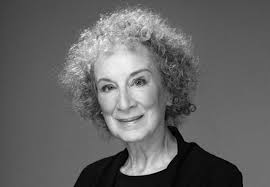 Margaret Atwood – As an English Lit graduate, and a massive fan of dystopian literature (the darker the better), Margaret Atwood is a total hero. I’ve been reading her novels since I was in my early teens. She never fails to inspire with her command of language and her humorous and staunchly feminist take on women’s role in society. Today, this quote seems very apt: “We still think of a powerful man as a born leader and a powerful woman as an anomaly.” Lucie

Margaret Hamilton –  I love space and the golden age of the space race was an incredible time. Consider how much manual work had to take place. Teams at NASA created code for machines that had never been seen before. Machines with less processing power than a smartphone that sent sophisticated tin cans into space, and back. Astonishing. Hamilton says, “When I first got into it, nobody knew what it was that we were doing. It was like the Wild West. There was no course in it. They didn’t teach it.” The lesson is simple – anything is possible. Sohaib 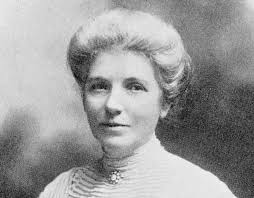 For me as a Kiwi, it’s Kate Sheppard, New Zealand’s most famous suffragette.  One of our country’s biggest claims to fame (away from obviously being outstanding in sporting arenas) is the fact that we were the first country in the world to give women the vote in 1893. We did this because of Kate and her fellow suffragettes, who pushed New Zealand into a relatively-enlightened stance on gender equality, ahead of the times. Will 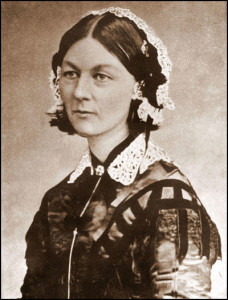 I’m a big fan of The Lady with the Lamp aka Florence Nightingale. As well as her work during the Crimean War, she paved the way for modern nursing. She professionalised nursing roles for women and created one of the world’s oldest nursing schools. Not bad in my book! Melissa